The Good, The Bad & The Ugly

I probably should have posted earlier, but I'll play the major surgery card as an explanation for my delay, and try to provide a quick update on how things went.

Recap. I had my third shoulder surgery in four years on my right side on October 16th. The procedure included grafting bone from my hip into my shoulder, securing that with a few screws and replacing my humeral head - again. A picture is worth a 1,000 words, see below. Love the staples in the "after" shot. 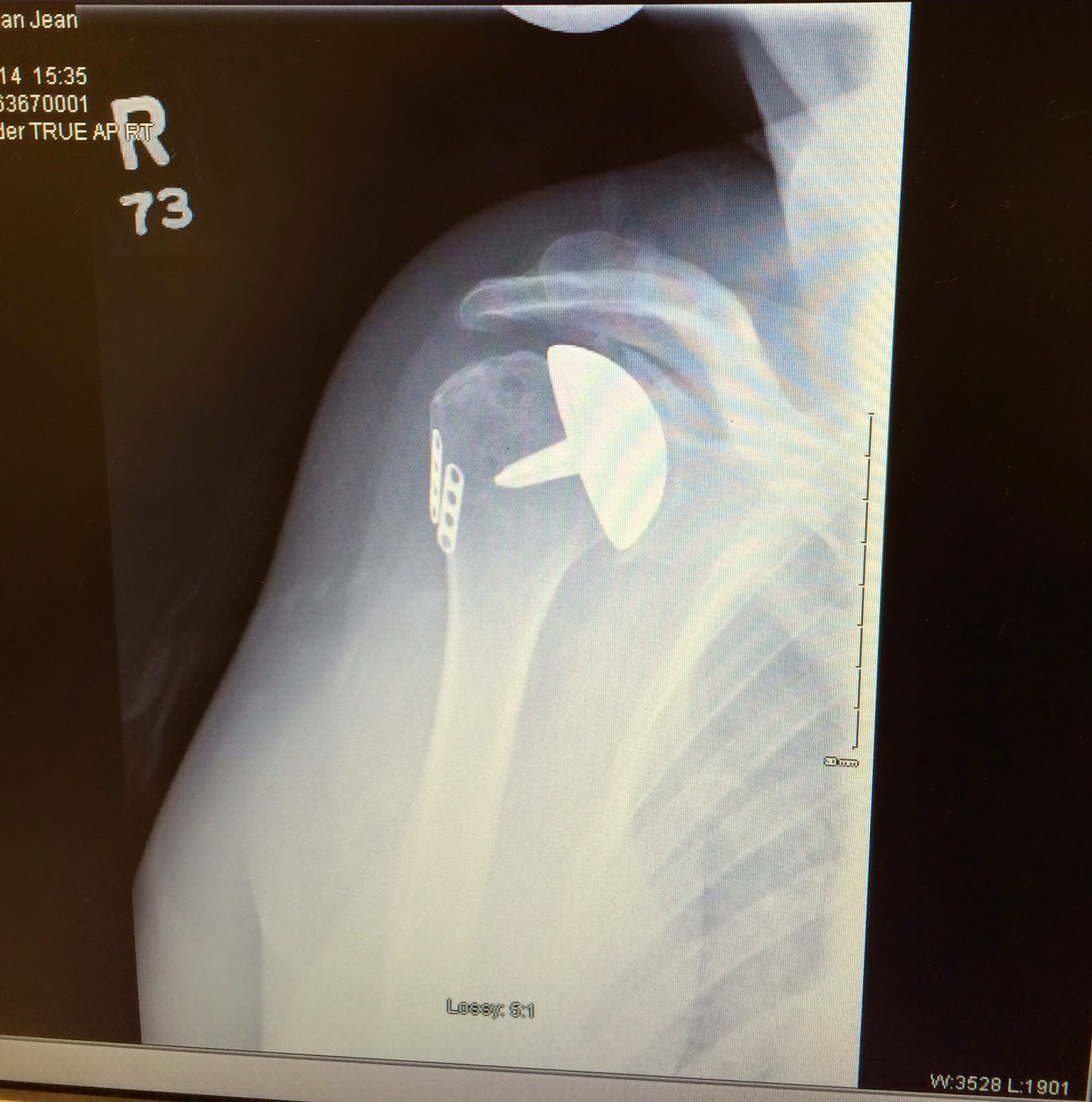 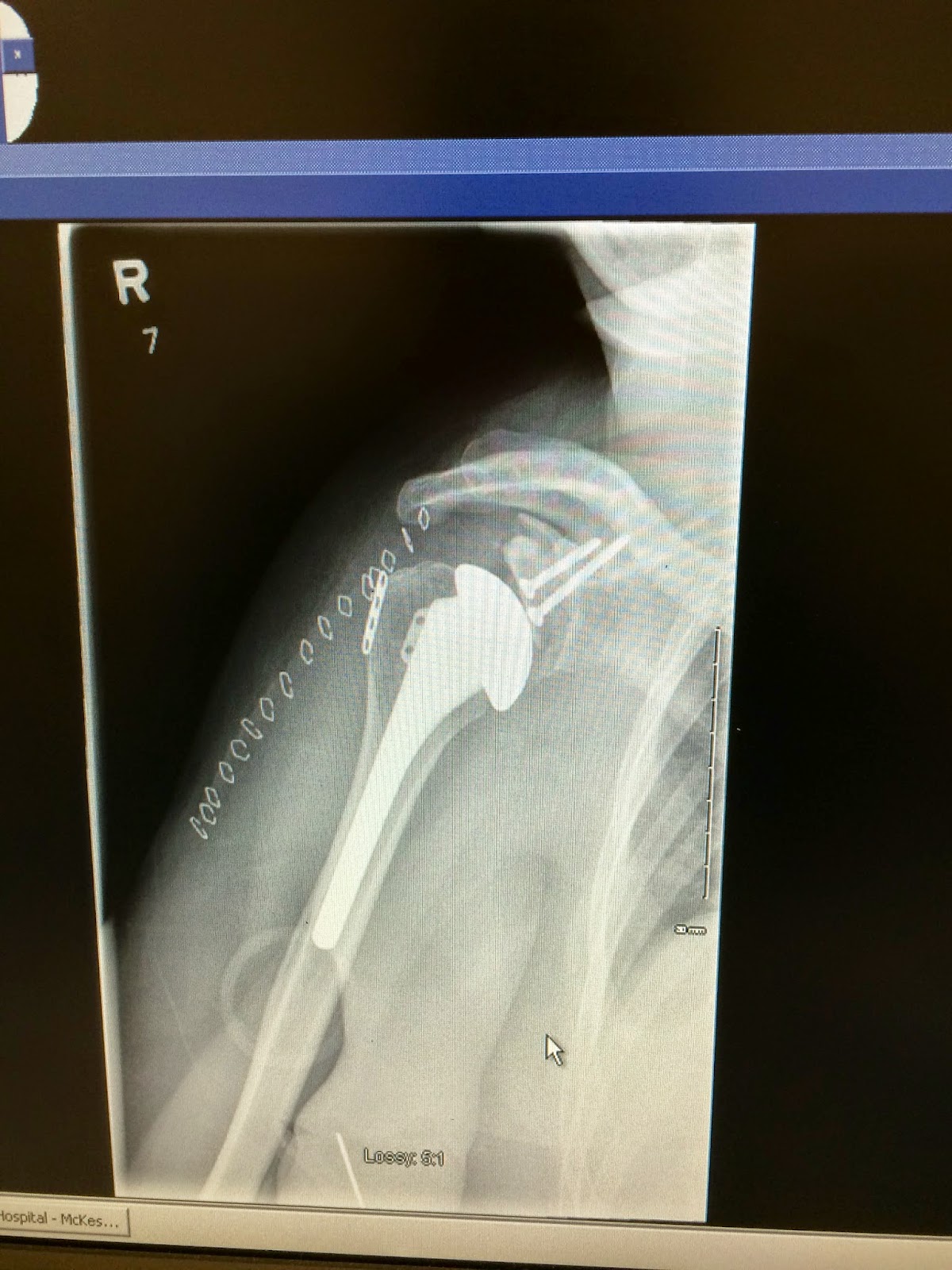 The Good. Surgery was a technical success, everything in the operation room went well. It will take another 4-6 months to determine the full extent of how successful the surgery was after I'm through rehab. I'm hopeful and optimistic that I won't be back under the knife anytime soon. I'm also a scarred shoulder surgery veteran, so I'll reserve judgement for a little while.

The Bad. Anyone remember the part where the anesthesiologist rhymes off a list of potential complications from surgery, and assure you the risk of any one of them happening is miniscule? No one remembers that part until they have a complication and - suddenly - it becomes a conversation  where you wish you were paying closer attention While recovering in the hospital, I discovered I had some - at the time - scary nerve damage in my forearm and fingers. I didn't have consistent motor control from the forearm down through my fingers. A very long story and a trip to a neurologist later, all is much better. I have some residual numbness in my right thumb, but a far cry from the scary hospital experience where I couldn't move my arm at all.

The Ugly. I'm not a particularly vain person, and I have my fair share of scars. But this time, there is no hiding from the etching in my shoulder. Three incisions over the same scar line will do that. And my hip scar is much worse. I had a post-op infection on the incision site, and it just didn't close well at all. It's an angry pink mess. I wear my scars likes badges of honour - they are war wounds in my battle with arthritis.

I'm alive. I've got more metal bits and pieces and screws than I did before. The pain was managed fairly well. I was somewhat under-educated on the extensive immobility of the hip portion of the surgery. My surgeon saying "don't worry, you'll walk out of here" was not exactly accurate, based on my wheelchair exit from the hospital.

I listened to hours of music, watched days and days of Netflix and tried to keep my chin up.  I rediscovered Fleetwood Mac recently - and their song "You can go your own way". I keep trying to go my own way, and my RA keeps pulling me back. But at least I'm still trying.